Skip to content
smithgregm Christianity, Gospel according to Greg September 8, 2018May 2, 2020 7 Minutes 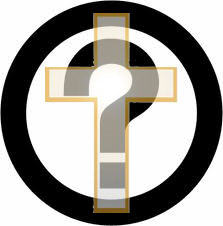 Let’s start with what should be an obvious point: you can lead a good, moral life and make the world a better place without having any connection to religion whatsoever (there are plenty of examples). One can certainly argue that organized religion…well… ORGANIZES people pretty well to do good, but so do lots of secular groups. If that’s all you need religion to do, you can join one of those groups and still sleep in on Sunday morning. If you don’t have a need that religion can fill (and lots of people seem to get along fairly well without religious experience), then I suggest you move on to the other parts of my blog. I’m not going to try to convince you.

I’ll avoid some of the standard discussions about why you need religion — forgiveness of sins, admission into the afterlife. If those are resonant for you, there are lots of other places to look for those appeals. I’m also not going to try to argue logically for religion. There is precedent for that being successful (C.S. Lewis being the most prominent case), but that’s rare. Pascal argued that you might as well wager on the existence of God, but I think that’s not a particularly compelling motivation to stick to religion, which is damn hard work.

Religion is not necessarily illogical, but it is grounded in experience, not pure rationality. And so I will talk in this post about needs (not arguments) that religion is particularly well suited to address. Why religion? Because it can fill certain basic needs in ways that are difficult (but not impossible) to do in the modern era.

One thing to get out of the way first: “religion” to me means “an awareness of and a connection to a world that exists outside the direct perception of our senses.” You’ll notice that I didn’t put the word “belief” in that definition. I’ll return to this a good bit in this blog, but I think that Christianity in particular gets way too caught up in what you “believe” (a fraught and complicated word. More about that another time). And so my definition emphasizes an awareness (ongoing, renewed) that there are forces that exist beyond what we can see.

Mere acknowledgment that there is a God doesn’t quite meet my definition, either. There needs to be (ongoing, renewed) access to or connection with this (literally) super-natural world or else you’re not actively practicing that religion (then it’s more of a passive “belief”). That practice can take multiple forms, depending on your religion: prayer, ritual sacrifice, meditating on sacred texts, devotional music, building a shrine to ancestors, sacred dance, creating iconography, and so on. (“Morality,” if you’re looking for definitions, involves conduct guided by principles. You can have that without a recognition of the divine, as in Confucianism, conservatism, or liberalism.)

Religion can provide a sense of awe and wonder. That may not sound like a particularly strong need, but I think it actually is. We are creatures of habit. Habit helps us be efficient, but it also necessarily dampens our engagement with the world. Phenomena that are pretty astonishing when you think about them (thunderstorms! Highway tunnels under bodies of water! GPS navigation!) become mundane, and then they either become part of the background or they become tiresome sources of frustration. Why do people always have to slow down when they drive through this tunnel? Why does my map app get confused when I’m driving on an overpass where one interstate crosses another? Why doesn’t this software (or hardware or interaction with a service worker) proceed more efficiently? We grind the world more finely, becoming more and more critical, increasingly aware of how less than optimal our existence is. It’s easy for the modern world to become populated with such annoyances; such a world quickly can turn angry, dark, and cynical.

Not everyone needs religion as an antidote to the soul-killing tendencies of modern life. Some scientists, for instance, can get this sense of wonder from their work by understanding in detail the marvelous interworkings of the world. Most of the rest of us have to accept that someone knows the physics to keep a bridge erect or that someone understands the specifics of how cell division and evolution work. For us, the universe can look like an arrangement of poorly understood but (thankfully) dependable, mechanistic processes. Religion for me is not a denial of science, but it is a reframing of the world. Because I don’t have the scientific training necessary to have a deep sense of wonder produced by my knowledge of the universe’s intricacies, religion helps.

Religion encourages me to see the world as a miraculous set of consolations when times are difficult.  One of my favorite quotes says, “There is no life so hard that is without consolation.” On difficult days, the consolation may be as impersonal and clichéd and brief as a sunset, but that doesn’t mean that these consolations aren’t real. You just have to look for them (as Alice Walker said, the color purple demands our attention and reverence); to remove the filters that prevent you from experiencing wonder (the thought that sunsets are clichés, for instance); and to connect what you see to forces bigger than yourself. If you’re a scientist, you probably don’t need religion to give you a sense of awe. For the rest of us, religion helps to rekindle wonder, which is a marvelous inoculation against anger, cynicism, and despair. If any of these are a problem for you, may I suggest that religion might help.

Religion can also provide purpose (I promise I’ll be less longwinded about this one). Through religion we find a continuing motivation to participate in the great good work of repairing the world through prayer, education, helping the poor and oppressed, working for social justice, and providing solace. As I said at the beginning of this post, many secular organizations do similar work, but I do think that religious purpose does provide some advantages.

Religion allows us to connect our individual efforts through the larger network of forces that operate behind the visible world; this magnifies and sustains our labor. It provides crucial encouragement when we inevitably encounter frustrations and obstacles in trying to change the world around you for the better (particularly when working within volunteer organizations of other humans). Religious purpose expands what you do, putting it in context of something larger than yourself. Again, if you have a strong sense of mission (through your vocation, your political action, whatever), then this may not be a compelling need for you. But if your life lacks purpose and meaning, religion can provide this.

Religion can be an enormous source of comfort. We all need comfort at some point in our lives (maybe the opposite of the quote above might be “There is no life so easy that it is without suffering”). If you have built a network of supportive friends, family, and/or mental health professionals that can sustain you through hard times, good for you. You may not need religion to serve that role. If you haven’t developed that support, religion can help.

It can bring your individual suffering into a larger context, and conversations with God can provide consolation in the quiet moments when no one is around. (And just to be clear, by “conversation” I also include bitching, moaning, complaining, and other unattractive but all too human forms of communication) There’s a danger of thinking of religion as something you activate only in moments of crisis, and there it can fail badly if you haven’t previously built a strong foundation of interaction with God. In fact, one powerful justification for continuing to work on your relationship with God during good times is that it prepares that bond to sustain you during tragedy. Again, religion is more about experience than belief for me, and people have found sustenance in religion for millennia. You might try that, too.

Lastly, religion can provide community. Yes, I do believe that you can practice religion on your own without connection to an organized body (there is a tradition of the hermit monastic, after all). Yes, I do recognize that much violence and oppression has been done in the name of organized religion. But I do believe that the solo practice of religion is difficult. It’s all too easy for religion to warp into a justification of your own preferences and interests if you don’t weigh it against the experiences and revelations of others. I am enormously grateful for the way that worshiping with others provides a regular challenge to my understanding of God. Plus the communal worship magnifies your experience in a way that individual meditation simply can’t duplicate.

I’ve always liked the comparison between a church and a gym. You can develop your body by working out on your home exercise equipment, but many of the most devoted athletes haul their butts to the gym. You participate in a community that way; the community supports you when you don’t feel like exercising, they spur you on toward better discipline. If you’re interested in physical development, the gym is an obvious place to find others who are interested in similar pursuits. You’ll find people who are further along the path, and you can learn from them. You’ll also find people who you can mentor through some of the struggle you have overcome. Throughout this blog I will come back to the notion that I think Christianity is a practice, a discipline. A good spiritual gym is a good place to work on that.

(You’ll note that a lot of the needs I talk about in this post are interrelated. Comfort frequently comes from community, which also can provide purpose, and so on. )

So: if you experience wonder on a regular basis; if you have strong purpose in life; if you’ve got comfort and consolation taken care of; and if you have a community, then I really don’t have much to say to you about the advantages of religion. If any of those are missing, then may I humbly suggest that religion can help. In this blog I’ll lay out what I see as fundamental principles of Christianity (my own religion). I hope that this discussion will usefully clarify certain ways toward experiencing the divine.

Next time: where do you start on a religious/spiritual path?

View all posts by smithgregm

4 thoughts on “Why Religion?”